If you blame someone else, there is no end to the blame. #LaoTzu, Tao Te Ching (public library) (free ebook)

Age-based shaming is just another way to keep one group of people angry at the other (your birth year turns into your sports team).

Fabricated generational hate creates the illusion of divisiveness to distract from real-world problems. It works by emphasizing subtle differences over relevant common ground.

News titles mixing generational hate and accusatory lines are cheap journalism. They fuel angry arguments whose only function is to gather more clicks and attention.

“Ok Boomer” is not different than shitting on “Millennials” (arbitrary labels in first place). One day, “Ok Boomer” will become “Ok Millennial”, “Karen” will be replaced by “Ashley”, or “Matt”.

“Why didn’t you notice that tech can be such a destructive force?”

Of course we didn't want to fuck something up for the next generation. Of course!

Can entire generations actually be in charge and held responsible of the future? Or is this idea an ultimate attribution error, where we ascribe the actions of few powerful ones to a wider (and much less powerful) group?

You have already been casted into social roles that you didn't ask for. Think about your gender, sexual orientation, skin color, religion, country, etc.

We can't keep increasing the number of Commedia dell'Arte characters to simplify how society really works.

And, whatever core of truth some stereotypes might hold, it's up to us to confirm it or to subvert it. It's certainly up to us to avoid one more version of groupthink and herd behavior to divide us.

This is the full transcript of my interview with Cinedicate, a podcast sharing hidden movie gems by revisiting them through a conversation (for both old and first time viewers). I picked one of my favorite movies... The Truman Show.

The show just launched, hosted by Armand: read it, listen to the audio, or subscribe via RSS, Apple, Google, and Spotify.

Armand (host): What was your first impression when you saw The Truman Show for the first time?

Sim (guest): I actually remember being fearful of it, from the trailer.

I believe that knowledge should be accessible to everyone, and anyone should be able to reasonably sustain themselves while working on their chosen job.

This is why my interviews podcast SimShow is available with absolutely no advertising or sponsorship—even as I share conversations recorded in person across the continent, from Chicago (The Second City) to the Bay Area (Pixar or Google), and more.

Now, this website (also free) supports Web Monetization. What does that mean? If you subscribe to a service like Coil, a portion of that will land into my pockets. In total transparency: the first month of Web Monetization earned me ~$0.98. It doesn't matter: I am convinced that it's important to support this kind of web by adopting new, fair technologies early.

So does Write.as, the service on which this site is based on. Soon, they should add the ability to share exclusive content accessible only via web monetization (in which case, expect an eBook featuring selected transcripts of my interviews). Matt does a fantastic job developing Write.as as a sustainable product, and that's why I signed up for their 5 years long subscription. When I joined, that costed about $180: it's now up to $240, but still worth every penny.

If you want to contribute to SimShow, and many other websites and blogs, check out all the ways that you can help via Coil.

Friends panic when they glance at my inbox and notice tens of thousands of unread/unopened messages. They want to stay productive, and Inbox Zero might give them the impression to do so.

But it doesn't: about a decade ago, after noticing the insane amount of time I had to invest to keep my Inbox/text messages queue clean, I started ask myself “Why?”. Now, thinking about all the time people spend to keep their inboxes to zero makes me panic.

I see no benefit from cleaning up every uninteresting piece of text/spam I receive, only a tremendous loss of time that you can reclaim if you just accept the fact that inbox numbers mean nothing. It's just another attention-stealing red sticker badge and, as such, I believe you should disable it, forget it, and never look back. It's much more effective to use separate aliases (one, for example, shared only with real human beings), and plus addressing. 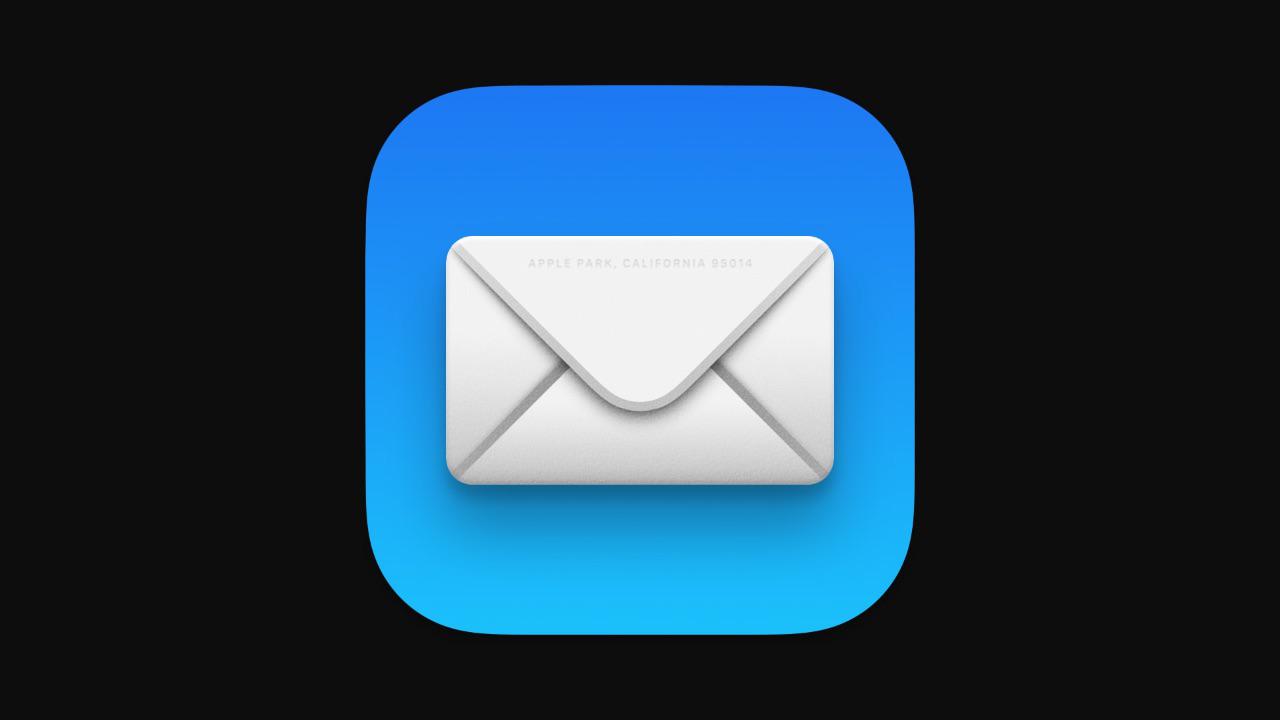 I hide badges, and I simply forget about text messages/emails that did not deserve my actions in first place. Every action I do not take is more time, attention, and mental energy available for better goals.

You have no control over your incoming messages: spam, useless chats. So I stop trying to control them or let them use your time.

It requires a deep breath, ignoring numbers, and realizing that, in the end, zero and infinity are both undefinable.

I reached a point in my life where I could buy enough of something and reasonably expect it to last until I die. Not a 4-pack of AA batteries or a single banana (well, I hope not) but something like shoes, or a colander. Mundane stuff.

I could walk out of a store, today, with 22 boxes of sneakers—retail workers assuming I manage 2 sports teams—and sing: “Boom. Last time I buy shoes. Fuck it, fuck shoes. I'm done with buying shoes. Never wanna think about shoes again”.

On a certain level, this thought feels oddly nice because it's liberating (“Fuck it: done with laundry quarters. I went to the bank and got $2,000 in quarters.“).

I'm not sure I ever want to get to the phase where I can play with this mental math using napkins, AA batteries... or a single banana.

But that's it: you will get to a point in your life where objects will last longer than you do.

So, the solution is: always buy really good batteries.

My 2017 iPhone X Died: I Got a 2016 iPhone SE, Upgraded the Battery and Added Wireless Charging — It's Great

I got a $70 iPhone SE and upgraded the battery with a nominal 2180 mAh one (the original had 1624 mAh of capacity). Then I added Qi wireless charging with an adhesive tag that lives between the case and the phone's back chassis (connected via the Lightning port). How about performance? 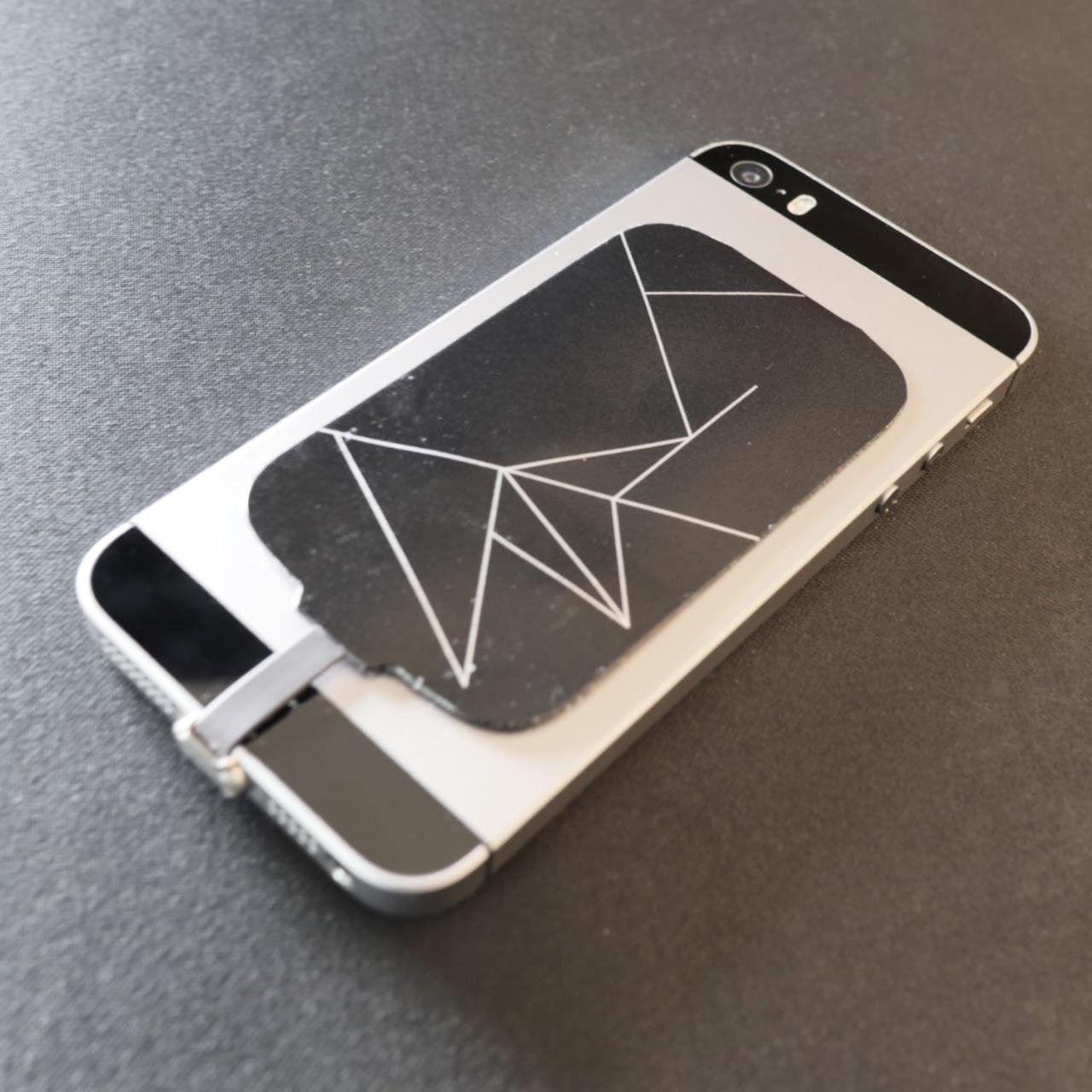 After a few cycles and tests running iOS 13.5.1, the 2016 SE effectively streamed YouTube videos for 12 consecutive hours, at max brightness. I'm very happy and hardly miss the iPhone X (swipe gestures would be nice, and the OLED display maybe). The surprise was how well it handles iOS 13, plus rediscovering the form factor: easier to handle and to grip on. When I bend to tie my shoes, it doesn't perforate my rib cage from the pocket like a Pro Max would. I also found that, in my case, the SE complements the iPad Pro 12.9” fantastically (aesthetics and screen size balance between iOS devices).

Adding Qi wireless for charging was easy and, so far, stable: I did not notice any qualitative speed changes from the iPhone X's charging behavior.

Total investment: ~$98. The best part? I can plug in my IEM monitor headphones through the 3.5mm headphone jack, while this thing also supports AirPods/Pro (minus sharing audio with friends for simultaneous listening, but I didn't even know that was a feature...). 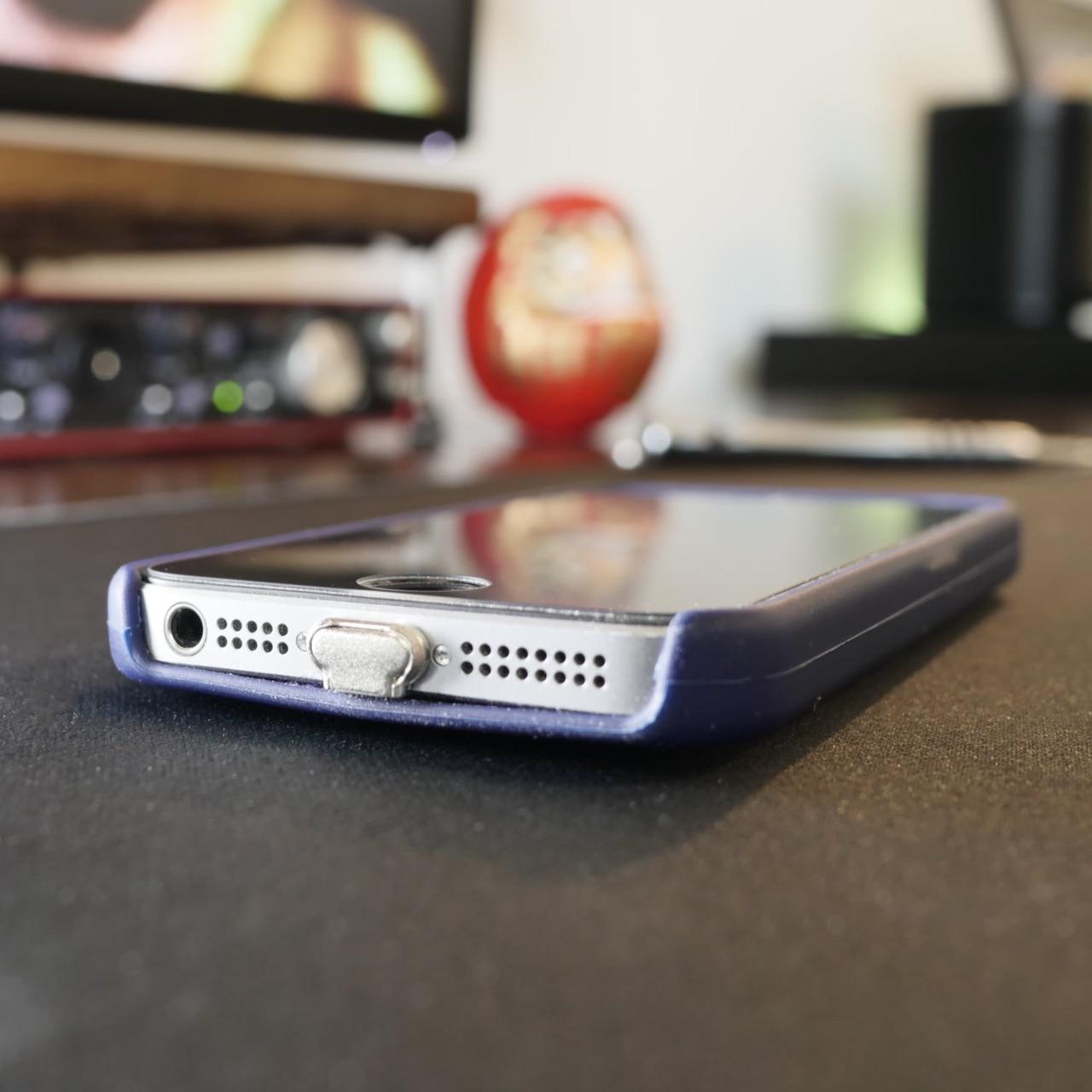 I upgraded to every new iteration of the iPhone from the original 2007 model up to the X. After that, I became more mindful of the added value I received from the investment, and the way I use the device itself has changed. 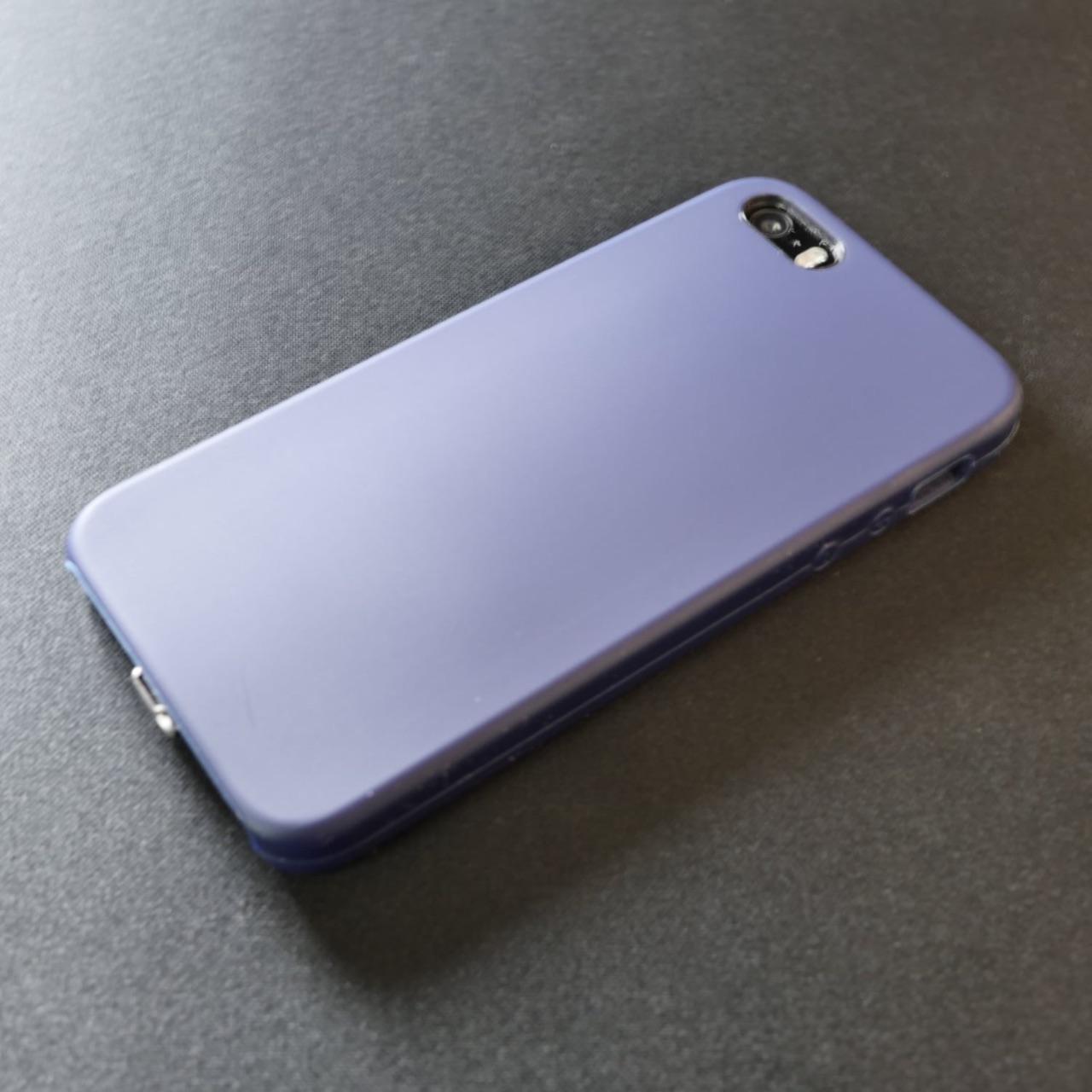 After the X abandoned me, I thought I'd wait for the smaller iPhone 12 to be released. It looks like I might keep this modded original SE longer than I intended to. I wonder how many other people also slowed down their upgrade cycle during the past few years (and why).

Many people are asking what I used for this, so here are some links. Please notice, these are NOT affiliate links. If you appreciated this article, consider signing up for the newsletter and checking out my (free) audiobook.

A couple more things: some user reviews seem to have reported problems with these: so far I had absolutely none. Also, replacing the battery wasn't exactly the easiest thing in the world, but doable with basic skills and an iFixIt video. The adhesives behind mine were very dry. Once you complete this step, I suggest to completly drain the battery, then recharge it to 100% and do a hard reset (Power Button+Home).

If you are not confident about opening the phone: don't do it. It's not a user-replaceable part according to Apple, and you should understand the risks connected to it.

Every Time Someone Is Better at Something than You Are, It Just Means They Failed at It More Times than You Did

There's no secret to self-improvement. I can think of a few ways why other people might be making more progress than you do.

If you succeed, let me know how you did it.

I remember having free, unallocated attention dedicated to myself and my surroundings. Alone with my thoughts during walks, car and train rides, or even at home. Inescapable boredom and anxiety force me to deal with myself, but they are also the primary source of intense relax as a break from responsibilities.

I see boredom as the absence of intentional entertainment and amusement (and constant connectedness hinders that). I often think about this quote from the movie Network (1976):

The world is a business, Mr. Beale. It has been since man crawled out of the slime. And our children will live, Mr. Beale, to see that perfect world in which there's no war or famine, oppression or brutality — one vast and ecumenical holding company, for whom all men will work to serve a common profit, in which all men will hold a share of stock, all necessities provided, all anxieties tranquilized, all boredom amused. — Arthur Jensen

What kind of person would have I become if the intimacy of boredom and solitude were stripped from my formative years? Would have I had the chance to face and confront fears and anxieties about myself? Am I missing any now?

Smartphones are actually tremendous meditation devices. Observe and master every moment that boredom makes you reach out to your pocket, and you’ll blast through Nirvana in no time.