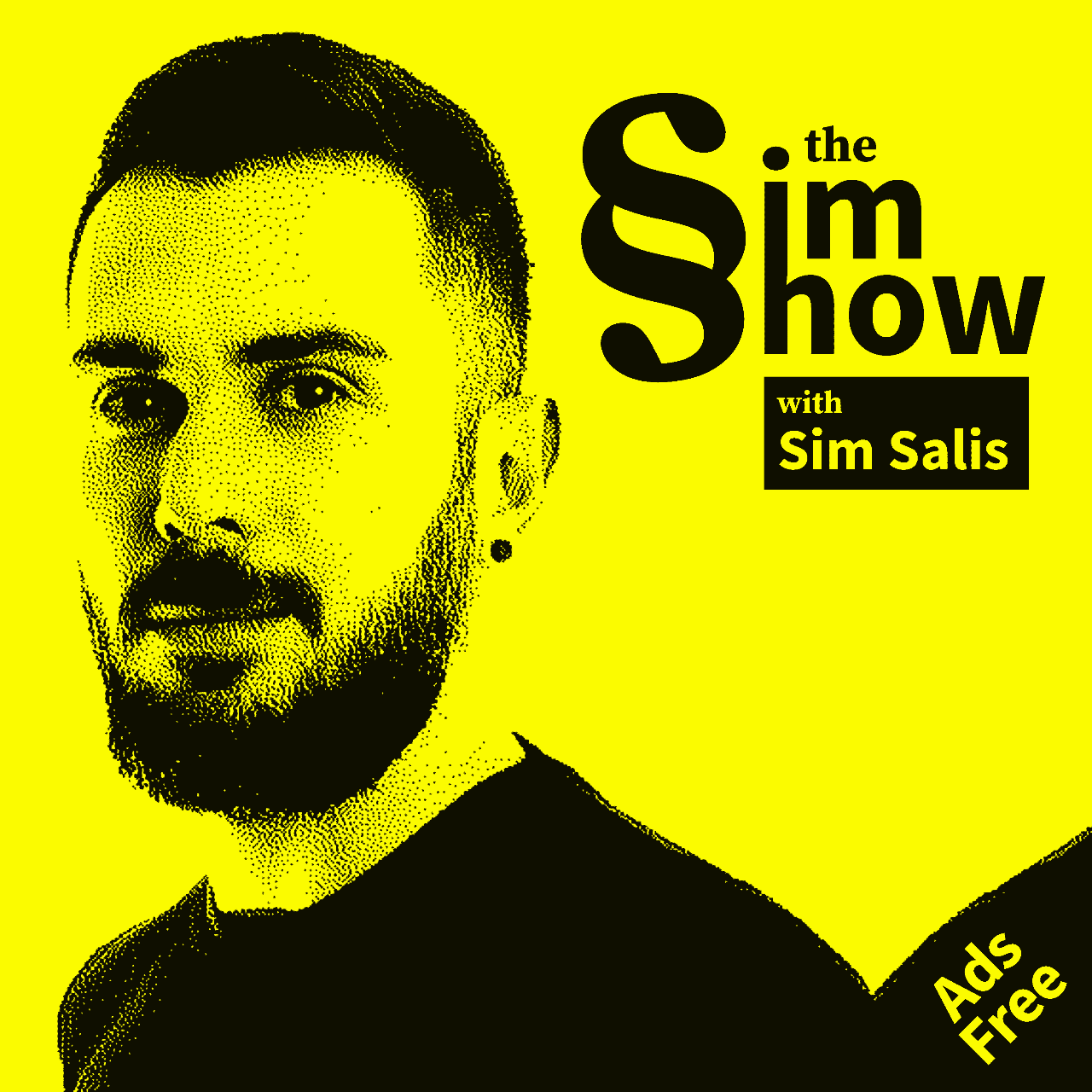 It's so real. I want to feel like having inspiring people sitting in my car with me while I'm on the road. These interviews do just that. ★★★★★ (5/5) Forthriver

It's hard to find a good interview show with interesting guests and no ads. Many podcasts have lengthy and frequent interruptions which irremediably degrade your focus and experience, only to trick you into getting a mediocre mattress or toothbrush. This podcast doesn't have any ads, and never will.

I interview exceptionally creative and introspective humans sharing themselves intimately and with humor. If you are a self-learner, like to relax while thinking, or just want to hear some practical ideas for your life, work, and relationships, this is the podcast for you. Learn through creators from Pixar, Google, The Second City, and more eclectic minds from many fascinating walks of life.

Listen on this page and subscribe via RSS, Apple, Google, Amazon, Spotify, Deezer or using your favorite podcast app (I like well-designed and privacy-respecting Overcast).

Do you prefer to read? Get the carefully crafted eBook featuring a selection of the best interviews. (Coming Soon via Web Monetization)

Scott is a web developer and co-creator (with Naz Hamid) of Vapid, an intentionally simple content management system to create websites.

Get more from Scott on robbin.co.

Becoming Your True Self and Having Fun — Jen Ellison (MP3)

Comedy. teaching, Drunk Jcrew, empowering others, and having fun.

Jen is a performer, writer, director, and professor focusing on comedy and theatre. She performed and directed at ComedySportz, Collaboraction, The Neo-Futurists, and The Second City.

Get more from Jen on twitter.com/jenjen1138.

Be Around People Smarter Than You — Cody Gough (MP3)

Cody is a radio host, producer, and audio editor. For over a decade he worked as a producer and content creator with WGN Radio, GonnaGeek Network, and Curiosity.com.

Get more from Cody on twitter.com/ProducerCody.

First-ever review of Space Channel 5 VR in May 2018, the day before the official opening of VRLA.

Okamura-san is the CEO of Grounding, an independent video-game company based in Japan and currently developing the virtual reality sequel to one of SEGA's most successful and bizarre games ever: Space Channel 5.

Get more from Okamura-san on Grounding.

Disabilities, empathy, understanding yourself, and community.

Luca tries to embrace both abilities and inabilities, arguing that this is the best way to become a more complete and connected human being: by encountering disability.

Get more from Luca on lucabadetti.com.

Tim has performed on SNL for years, starred in movies like Police Academy, musicals like Wicked, and we talked about what really matters in life even when you reach fame.

Get more from Tim on timkazurinsky.net.

Ashley shares her personal stories with no filters, touching important topics like gender, race, unconventional relationships, and sexuality. She writes for The A.V. Club, Vice, and The Chicago Reader.

Get more from Ashley on theashleyray.com.

Adrian is a co-founder of 500 Clown and a physical performer known across continents for his skill and shows.

Get more from Adrian on instagram.com/adanzig29.

Lisa spent over 30 years connecting people with developmental disabilities, marginalized communities, and incarcerated women to their own still point through art and theater.

Get more from Lisa on stillpointtheatrecollective.org.

Being constructive, learning from failures, comedy, yes and, and mental flexibility.

Kelly is an author, radio host, and producer from the legendary The Second City theater where improvisation was born, applying it to business and behavioral science.

Get more from Kelly on twitter.com/KLsecondcity.

Dominic is a historian and author who spent almost 4 decades analyzing Chicago and its history. Professor at Columbia College and the University of Chicago, he published several books on “the most American city”.

Get more about Dominic on goodreads.com/Dominic_Pacyga.

Comedy as a Tool to Empower Others — Anne Libera (MP3)

Anne is an author, writer, comedy professor and researcher. She created the Comedy Studies program at Columbia College Chicago.

Get more from Anne on twitter.com/annelibera1.

Rachael is a comedian and legendary Chicago performer and teacher from Chicago's The Second City and The Annoyance Theater.

Get more from Rachael on instagram.com/missrachaelmason.

Comedy, empathy, sickness, stepping up, and the balance between fun and seriousness in life.

Susan is an improviser and iconic comedian from Chicago's The Second City, the Annoyance Theater, and iO Theater.

Get more from Susan on twitter.com/MessingSusan.

Linnea is a behavioral scientist, adjunct professor at Chicago Booth and co-founder of Behavioral Sight.

Get more from Linnea on behavioralsight.com.

Shawn is the creator of Shawnimals, a universe made of plush, toys, and videogames! Shawn created Ninjatown, Moustachios, Dumplings, and tons of art.

Get more from Shawn on shawnimals.com.

Puzzles, creativity, games, shifting careers, and being incapable of bullshit.

Sandy is the creator of The Mystery League and creates puzzles at any chance he can get.

Get more from Sandor on dispatch.mysteryleague.com.

Simplicity, using the tools right for you and not conforming to social expectations, creating meaningful videogames, and what matters in life.

Jason is a videogame developer, author of games like Passage and One Hour One Life.

Get more from Jason on http://hcsoftware.sourceforge.net/jason-rohrer/.

Understading the effect of metrics and social media on us as individuals, and recognizing the interrelationship between the self and comprehensive systems.

Get more from Ben on bengrosser.com.

Do Something That Scares You — Jack Vidra (MP3)

Get more from Jack on twitter.com/JackVidra.

Jake is a co-founder of PRX (Public Radio Exchange) and RadioPublic.

Get more from Jake on jakeshapiro.com.

Pursuing what matters to you in life, diversity as the fuel for creativity, and how light can be used to tell a story.

Danielle is Director of Photography at Pixar, where she worked on Toy Story 2, Finding Nemo, Wall•E, Coco, and more.

Get more from Danielle on twitter.com/dafeinberg.

Cathy is the Head of Conversation Design Outreach at Google and author of the book Designing Voice User Interfaces.

Get more from Cathy on cathypearl.com.

Dave is known for his work at The Second City, Tj&Dave, movies like Groundhog Day and TV shows like VEEP (HBO) or At Home with Amy Sedaris, plus more.

Get more from Dave on davidpasquesi.com. 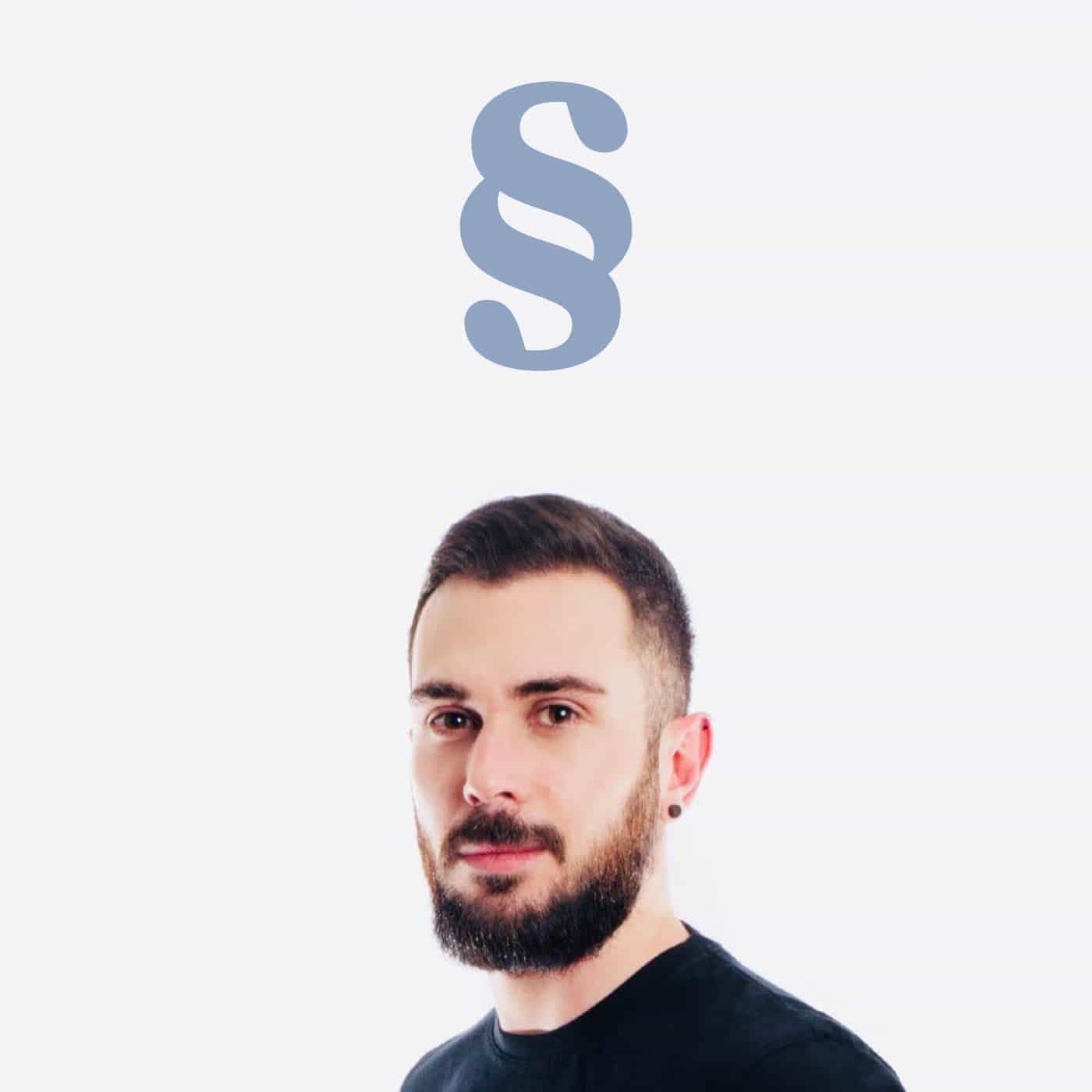 Sim's style is new. Reminiscent of programs that touch on some relatively profound issues, while his humor brings to mind the spirit of well-done late night shows. I am not aware of any other interview shows that could bring depth and humor together in this way. ★★★★★ (5/5) Elderan02

These candid interviews demonstrate the beauty in the many failures that it takes to build up to success. ★★★★★ (5/5) Qaslu

Do you prefer to read? Get the carefully crafted eBook featuring a selection of the best interviews. (Coming Soon via Web Monetization)